When tenants move out of their rental property, our property managers perform a thorough move-out inspection. This inspection covers issues that can be seen with the naked eye, such as damage to walls, carpets, flooring, or kitchen appliances. The inspection, however, cannot uncover invisible damage caused by methamphetamine production and consumption. Due to the increasing prevalence of meth labs in residential properties, some landlords are now having their properties tested for meth residues when tenants move out. Today we’ll talk about why it’s important that all landlords consider including this as part of the move-out inspection.

I have to admit, when I first heard about contamination from methamphetamine production and consumption, I assumed it would be a rare problem and not something that would affect any of our clients. But in recent months, reports coming from around New Zealand are demonstrating that meth contamination is disturbingly common. When widespread testing was performed on a set of rental homes in Auckland, over 30% of them showed signs of methamphetamine contamination. Companies that test for meth residues report that over 40% of the properties they sample show some sign of contamination.

Meth lab residue is particularly problematic in residential rental properties. In a rental home, it’s much easier for producers to leave the property if they feel threatened. They also tend to move between properties frequently to prevent neighbours and law enforcement officials from becoming suspicious about what is going on in the home. When they aren’t leaving in a hurry, meth producers may clean up the property before moving to ensure that no evidence of production is left behind. Unsuspecting landlords perform a routine move-out inspection and move the next set of tenants into the property, with no one the wiser.

The only way know if meth has been produced in your property is to have it tested by a laboratory that specialises in testing for meth residues. Given the evidence of widespread meth production, we are encouraging all landlords to consider routine meth testing between tenants.

This is why we believe routine testing is vital: 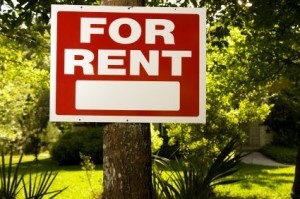 How to get your property tested

Meth contamination is a growing problem in Christchurch, but testing between tenants is an easy way to protect your investment and the health of future tenants. Several companies now perform tests for residential meth contamination. Meth Solutions is one company that provides testing for meth residues at a reasonable price ($179 for a 3 bedroom house). While this might sounds like a lot of money to pay each time tenants move out, it is a price small in comparison to the cost associated with meth cleanup or loss of income if your property cannot be rented for several years.

While there is currently no legal requirement to have your rental property tested for meth residue, this could change in the future as the health effects of meth production are better understood. Sadly, given the ease of production and high profits, we expect to see the number of residential meth labs increase over the given years. For these reasons and the ones listed above, we strongly encourage all landlords to begin routine meth residue testing of their rental properties. Not only will you help protect your investment or family home, but you’ll also help to ensure the health of your future tenants.