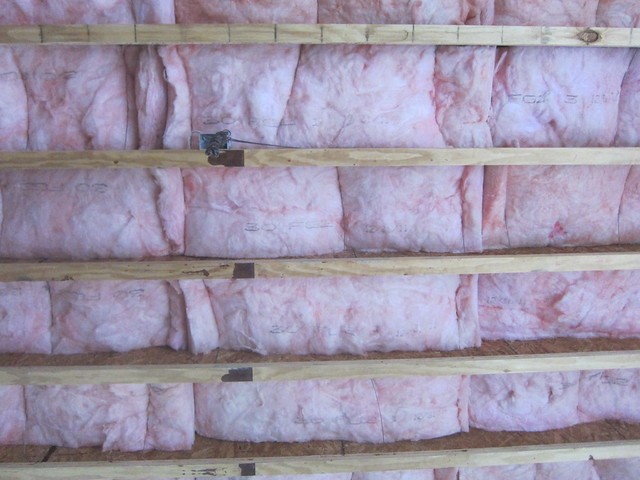 The deadline of July 1, 2019 is looming large for New Zealand landlords. After this date those owning rental properties that don’t comply with the new insulation regulations detailed in the Residential Tenancies Amendment Act 2016 can expect fines of up to $4,000.

Three months out from the deadline, it’s become apparent that both confusion and convenient latency are going to see an abundance of fines being incurred up and down New Zealand.

What will happen to landlords who don’t meet the new standards?
The Residential Tenancies Amendment Act 2016 has been well publicised in the widespread media and here on our blog for three years now. The MBIE are warning landlords they must act now and ensure their property is compliant, or risk facing hefty fines, which are usually paid to the tenant.

Bindi Norwell, Chief Executive of the Real Estate Institute of New Zealand, voiced her concerns at the high number of NZ rental properties that still needed insulation in January. The Insulation Association of New Zealand (IAONZ) had previously said it was “gravely concerned” about just how many rentals were yet to be insulated.

Feedback we’re hearing from property managers and real estate agents around the country is that many landlords are claiming that because their property has existing insulation, they already meet the new standards. But what they don’t realise (or don’t want to realise) is that the mere presence of insulation at the property doesn’t necessarily mean it meets the required specification.

What do landlords need to do to comply with insulation regulation?
The legislation states that, where reasonably practicable, insulation must be installed in the ceiling and underfloor area of all New Zealand residential rental properties that are covered under the Residential Tenancies Act.

If insulation was installed in a property before July 2016
If a rental property already has ceiling and underfloor insulation that was installed prior to July 2016, the owner may not have to do anything, trusting this existing insulation is free of gaps, dampness or mould, and meets the minimum R-values listed below:

If insulation was installed after July 2016 or there’s no existing insulation
Insulation installed in rental properties since July 2016 needs to meet the minimum designated R-values for the climate zone the house is located in. The same can be said for rentals with no existing installation and new builds constructed hence forth. 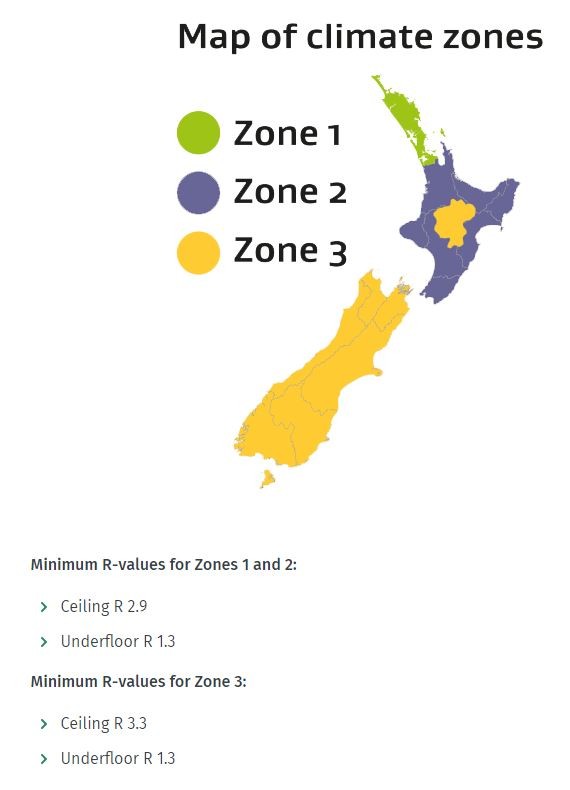 If in doubt, get it checked out
If you own a rental property and you’re unsure about the R-value and condition of the existing insulation, we strongly recommend you seek an inspection and report from a qualified insulation professional.

Why has the government made the amendment to insulation regulation?
Three years ago, it was estimated 600,000 kiwi homes had insufficient insulation. The impact of this statistic is far wider than people being cold. It was reported in 2016 that 42,000 children were hospitalised annually in connection with poor quality housing, 15 of whom lose their lives.

Last year Housing Minister Phil Twyford noted that excess winter mortality takes nearly 1,600 mostly elderly lives prematurely each year. In addition to the social impact of these frightening trends, the related cost to taxpayers and unnecessary duress placed on our health system affects us all.
Better safe than sorry
If you’re a rental property owner and you’re not sure where you stand regarding the new rules, we’d love for you to get in touch so we can help give you peace of mind or further advice.